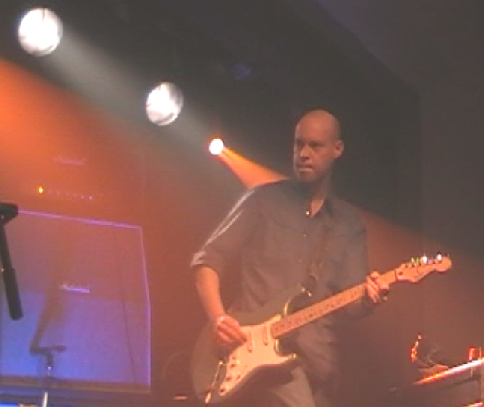 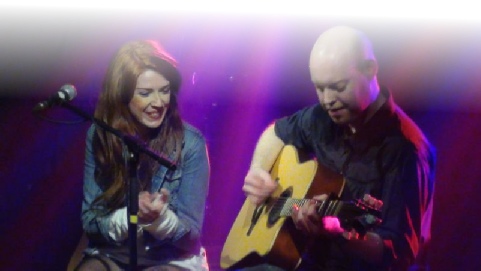 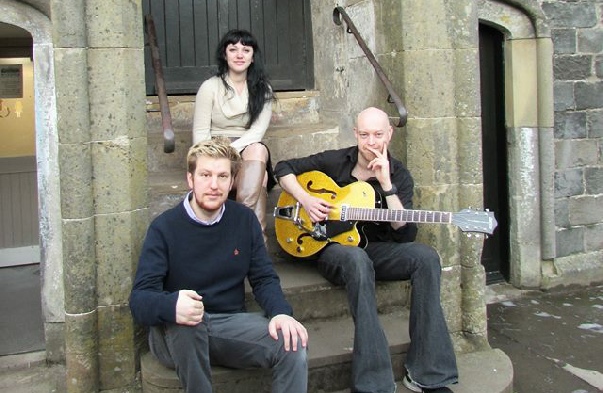 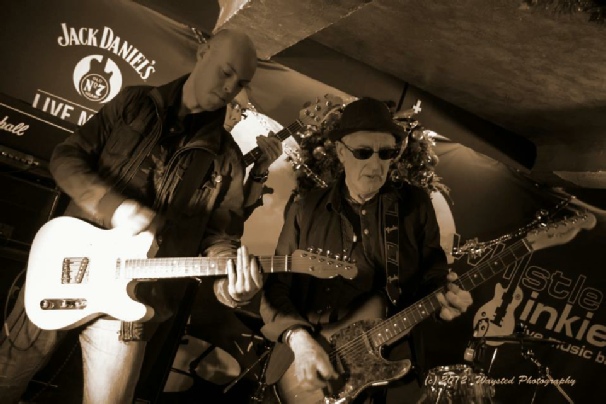 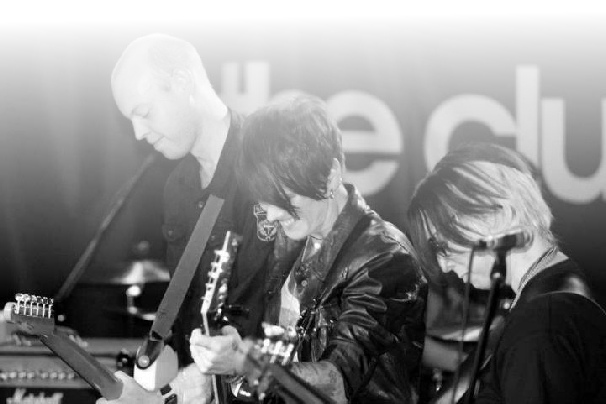 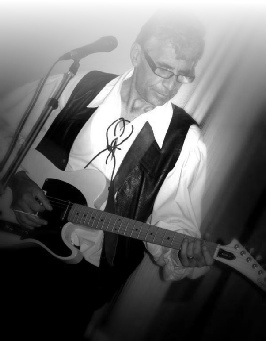 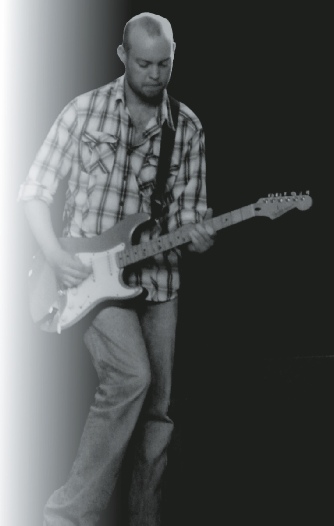 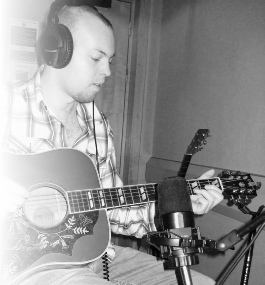 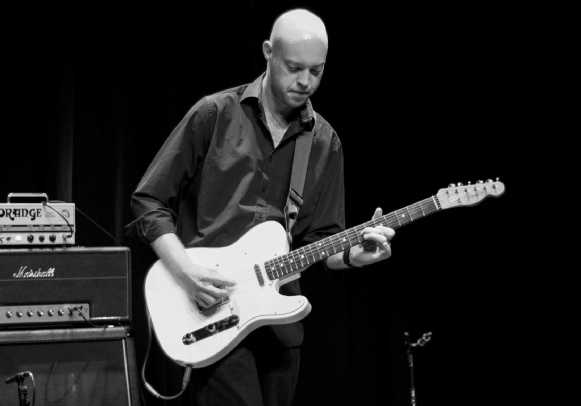 Fraser is a highly experienced session guitarist, composer and performer based in Glasgow, Scotland. Fraser has been performing and recording for over 20 years and is proficient in playing many styles of music to a high standard;

“a refreshing voice in the world of guitar playing. Forged from the same ‘seat of your pants’ style of early Beck and Page, there’s never a dull moment when Fraser plays!”  Jim Keilt - guitarist / singer, Statesboro Blues Band, Lonehead, The Halos

Fraser’s guitar style stems from a diverse range of influences ranging from ROCK, CLASSICAL and JAZZ to PUNK, POP and COUNTRY, thus enabling him to add creative, exciting and innovative musical ideas to any live show or recording project.

Fraser also has a specific passion for BLUES; his first taste was at the age of eighteen, jamming with The Statesboro Blues Band at the State Bar in Glasgow. Fraser now has his own blues project: BLUES INCENTIVE as well as playing with other blues acts such as BLACK SNAKE ROOTS.

Over the past 20 years Fraser has played guitar with many different bands and musicians from Paisley and Glasgow, such as Middle of The Road, Little Miss Debbie and the Scumbags, Riff Raff, Willie Matthews, Blind Panik, Jill Jackson, Charlotte Marshall & the 45s and many other talented musicians, singers and jammers.

As well as performing and producing his own music, Fraser enjoys collaborating with other musicians and artists as well as providing services through his music business FRAZ MUSIC; services include:

Since 2011 Fraser and his Blues Incentive have become a welcome addition to Scotland’s thriving music scene. In 2018 Fraser launched his latest CD / DVD featuring Blues Incentive’s 2017 Concert at Paisley Arts Centre featuring some of the best musicians around and showcasing their collective unique blend of blues, rock n roll and jazz influences with plenty improvisation.

In 2014 Fraser’s Blues Incentive were honoured to perform at the opening night of the Edinburgh Blues Club at the Voodoo Rooms.

Fraser’s Blues Incentive gigs always feature a melting pot of top musicians; their fusion of influences and creative talent ensure an exciting, original and entertaining show; a fantastic night out for music fans.

Having played together since 2013, Fraser together with Australian-born vocalist & bassist Charlotte Marshall, and saxophonist Gordon Dickson from Milngavie deliver an exciting blend of Blues music in their own harmoniously relaxed fashion, yet executed with musical finesse and impressive technique. A perfect, stylish combination of guitar, bass, vocals and saxophone, BLACK SNAKE ROOTS boasts the crème de la crème of Glasgow musicians bringing to audiences their own brand of semi-acoustic soulful Blues-Jazz.

Fraser was asked to lay down some guitar tracks for a new album by Celtic singer Moira Kerr.

After many years hard work Fraser finally launched his debut instrumental album at the Classic Grand in Glasgow. The album features 15 of his own creations inspired by some of his favourite guitar heroes, bands drawing inspiration from is father’s extensive record collection spanning decades of fantastic music.

Fraser’s Melodic Mayhem is described as a fusion of genres; a vast muddle of moods, string arrangements and blues guitar licks; an interesting and varied blend of instrumentation, underpinning the multitude of electric & acoustic guitars; An extremely dynamic, modern, and exciting 15 piece suite.

By his early 20's Fraser was playing the Scottish pub circuit with Little Miss Debbie and the Scumbag Boogie Band. Fraser was also working with Glasgow singer / songwriter Richard Terris Forming blues-Rock outfit Riff Raff, a loud and powerful band playing a mixture of covers & original material, playing across Scotland as well as performing at a rock festival in Germany.

In 2007 Fraser and Richard formed Acoustic Vengeance, an acoustic duo, playing a mixture of acoustic songs by artists influenced by the blues, such as Rory Gallagher, Eric Clapton, The Rolling Stones and Led Zeppelin.

In May 2008 Fraser joined Blind Panik, a great rock n’ roll band that had been playing the Scottish pub circuit for some time. Fraser had been standing in for Panik guitarist Denis McBride while he was in hospital, but sadly Denis passed away as a result of his illness. Instead of disbanding the group, Fraser was invited to continue playing with the band on a regular basis.

Fraser has also worked with some talented singer / songwriters. In November 2009 Fraser co-produced an EP for Willie Matthews. The four tracks feature Fraser playing guitar, mandolin, harmonica and percussion; as well as mixing the record.

In 2009 whilst studying HND Music at James Watt College, Fraser met some like-minded musicians and singers, including fantastic blues / Soul singer Sarah Cassidy.  Fraser played guitar with Sarah live at Cafe Continental in Gourock, and also did some electric guitar work for her album. During his time at College Fraser met another great singer - Jennifer McLardy (Hardie) playing acoustic gigs together under the name L’acoustic, with a set comprising cover songs by some great artists including Rory Gallagher, Led Zeppelin and Eric Clapton. In 2010 Fraser and Jen co-wrote and recorded a song titled Sweet Woman Blues.

Fraser John Lindsay was born in Glasgow in 1984, well after many of his musical heroes had peaked. Nevertheless, music was always going to be a big part of his life.

From an early age Fraser demonstrated, not only an enthusiasm, but also a distinct proficiency for piano, violin and drums; but it was the guitar that really grabbed is imagination, and - spurred on by an early realisation that he had some sort of ‘gift’ - he eagerly pursued every opportunity to develop and hone his craft as a guitarist.

Fraser began taking piano lessons at the age of eight. However, 90’s Guitar bands such as Oasis and Ocean Colour Scene began to provide some alternative inspiration and by the age of ten he had switched to playing guitar. His father's large record collection was also a vital contribution, offering a variety of musical genres, including Rock, Jazz, Big Band, Blues, Folk and Classical. While most of his contemporaries were busy working out the chords for Wonderwall by Oasis, Fraser was more interested in learning licks from vintage tracks like Shakin’ All Over by Johnny Kidd and the Pirates, as well as Led Zeppelin’s How Many More Times.

Despite being heavily influenced by Blues-Rock, Fraser started out playing lead guitar in a modern punk group called Limon during the late 90’s, playing a selection of Blink 182 and Greenday songs whilst working on some original songs.

However, as time moved on so did Fraser, who began jamming with more experienced musicians such as Willie Matthews. Fraser was now regularly attending jam sessions such as the excellent Tuesday night blues session at The State Bar in Glasgow, where Fraser still enjoys taking part in the jam, chatting with friends and meeting new musicians. 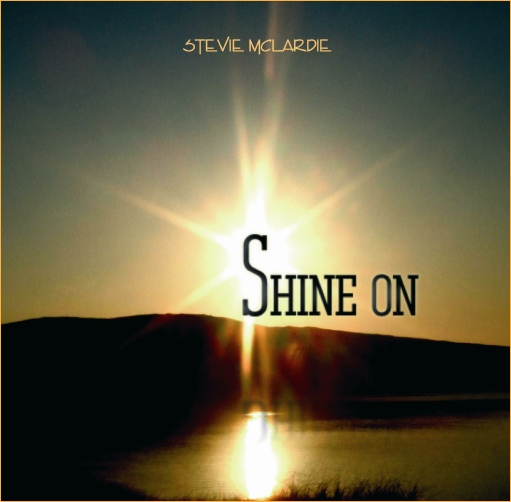 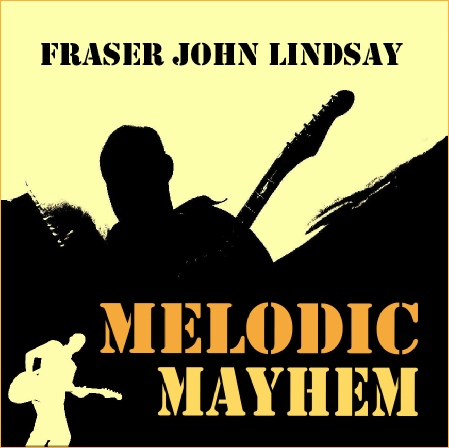